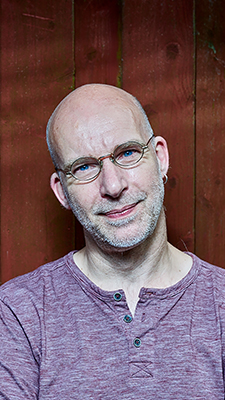 Jens Kommnick can’t remember not being interested in music! One of Germany’s most sought after musicians, Jens grew up south of Bremerhaven and is now based in the fishing village of Wremen.  He is considered to be a leading exponent of the Celtic Fingerstyle Guitar who integrates other musical influences (Jazz,  Classical,  Rock) in  his  delicate  style  very  successfully. His  collaboration  with  renowned  singer  songwriter Reinhard  Mey widened his fanbase and in 2012 Jens became the first and only German musician ever to win the "All Ireland Championships", not only once, but twice, both as a solist and an accompanist. He is featured on more than 60 CD productions and his brand new album redwood evoked enthusiastic reactions at home and abroad, including the highly renowned Preis der deutschen Schallplattenkritik (German  Record  Critics'  Award)!